Eros was originally published in February of 2016. Since then I’ve gone back and forth with turning it into a small series, with Cupid being the second book. Unlike in Greek and Roman mythology where Eros and Cupid are the same god, I changed things up a little. In my world they’re two different people. 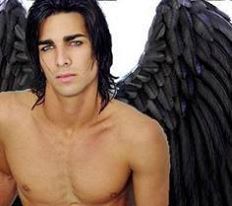 If you’ve read any of my Willy the Kinky Elf books you know that totally makes sense to me. 😉

I’d kinda/sorta been writing on Cupid since Eros was published six years ago, but I never got really far with the story. That changed right after Christmas this year. I went back into my old manuscript and wrote almost nonstop until the book was finished – finished but nowhere near ready to publish. The world count – before editing – is 43,486 words. It will be available on January 1st, 2023. That’s the plan anyway.

The series name is LOVE GODS with Eros, obviously, being #1.

I have republished Eros in ebook, and it’s now also available in paperback. Right now, it’s only available on Amazon because I put it in Kindle Unlimited. Very minor changes were made to Eros. A word here and there changed, and I fixed a couple of minor other issues, but the story remains the same.

There’s a new cover – I was never happy with the original – and I added Cupid’s blurb and first chapter at the end. Otherwise, it’s the same story of Eros and his beloved Psyche. Cupid will likely be going up for preorder soon.

You can find Eros here on Amazon, or you can add it on Goodreads here. I’ll pop back on in a day or two and publish a quickie excerpt of Eros for those who haven’t read it yet.

Below is the new cover and (unchanged) blurb. 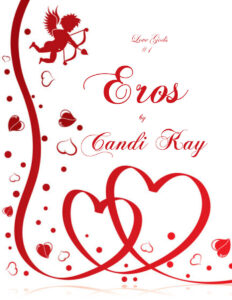 Eros is the god of love and lust. His only job on Earth is to bring couples together and shoot them with his magical arrows. If he occasionally hooks up with the guys first, what of it? He’s all about the lust thing, but love? Not hardly. Not after all the broken relationships he’s witnessed throughout his long, immortal life.

After four assignments that he nearly blows because he’s quicker to shoot his load than his arrows, Aphrodite gives him a final chance to prove himself. If he fails, he could lose his privileged position among the gods and be eternally banished from the planet he calls home. Confident in his skills, he isn’t overly concerned. That is, until he hooks up with the guy he’s supposed to shoot for his do-or-die assignment. In the eons he’s spent on Earth, he’s never felt this way before. Does he risk losing everything he’s ever known? Or does he fulfill his duty and walk away from the only love he’s ever found? 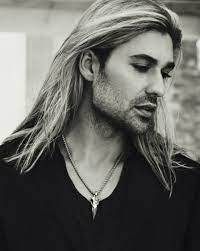 To those who celebrate Valentine’s Day, I hope you have an amazing one. The hubby and I will be celebrating our wedding anniversary that day. If you’ve read any of my books, you’ve probably seen me joking a little about people who get married on Valentine’s Day. A lot of people do it and I totally get why. But as someone who’s celebrated a wedding anniversary on that year for way more years than I’ll be mentioning here, I don’t recommend it. You are sharing your special day with everybody. Even so, it’s the day of love. 💖

I hope everybody is doing well.

P.S. The above photos were my original inspirations for Eros and Sy (Psyche). The blond man is musician David Garrett. I saw him as Sy as soon as I came up with the idea for the story and his character, though Sy isn’t a musician. Check out his music. He’s absolutely brilliant. And yes, very nice to look at. 😉