How is it already March?

We’ve just gotten through one of the coldest winters on record for my area so I’ll be happy to see spring, even if my already bad allergies will get a lot worse.  My car is already covered in pollen. I won’t even get started on the crazy hurricane season we had last year.

I’ve been dealing with some health issues (not COVID) so I mostly disappeared from social media for the past few weeks. I’m a little better now so I wanted to pop in and let you all know I’m still alive and well. 🙂  I had planned to do a ‘good riddance 2020’ post – had even typed a lot of it a few weeks ago – but then 2021 rolled in and said, “Here, hold my beer.”

2021 didn’t get off to a good start. Here’s hoping the rest of it will fare much better. 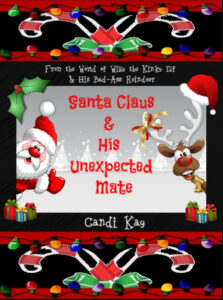 As most of you know, the series ended with Santa Claus & His Unexpected Mate. Ending it was bittersweet. Normally when March rolls around I’m heavily involved in working on the next installment. It’s strange to not be writing about Willy’s shenanigans right now. I’m not going to lie. I miss the hell out of that naughty elf and the others in the North Pole.

After Luke the Hybrid Reindeer & His Vivacious Mate, I’d written (and made available for download) 2 short freebies that went with that book. One was a quickie Randy and Willy scene and the other was Doc and Andrea (the only M/F story in the Willy’s World universe). I’ve since written another one that goes with Santa and Drew’s story. It’s about Logan (Luke’s bio dad) finding his mate. I’ve not made that one available yet because I ran out of time in December. The story is written but it wasn’t edited fully. 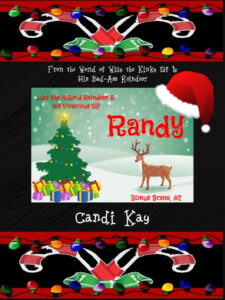 I’ve not pushed the freebies much because when I did that in 2019 hardly anybody read them – or that’s what the download count at Book Funnel told me anyway. I will likely (in the coming week or so) post those stories (including Logan’s) on this site somewhere so the reader doesn’t have to be taken to somewhere else for it. 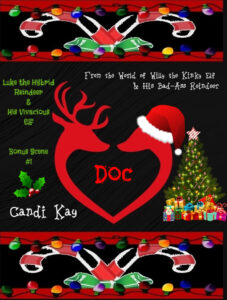 If you’re interested in the first 2, click the link above. It’ll take you to the page where you can download them. If you’ve not read the rest of the series (especially Luke and Micah’s book), you’ll be confused if you read the short stories.

There are no words for how truly appreciative I am to everyone who has read Santa Claus & His Unexpected Mate. In my almost 7 years of publishing I’ve never had a book do as well as the Willy the Kinky Elf finale.  Thank you to all who have read the series and to those who have been kind enough to share (publicly or privately) how much they truly enjoyed it. It means more than you can know.

I’m going to throw this out there – I do not have all my books on Smashwords. In fact, I only have the first 5 of the Willy the Kinky Elf series and a few of my others on there.

Right now through March 13th (I think?) all of my books currently on Smashwords are either 50% off or free. The ones that are free are short stories The Guy In The Coffee Shop and (M/F erotica) My Son’s Girl & My Son’s Friends.

The link above takes you to my Smashwords profile page where the books are listed. 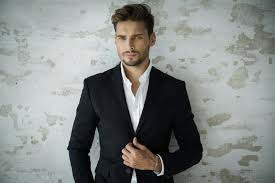 The Hooper Lake series consists of 5 stories that take place during the same time period. Each one has new main characters and love interests, but they’re all linked – the stories, characters, etc. Each book focuses on an adopted adult son of Esther Hooper (who insists on being called Gran or Gran Es, even by her adopted sons). Esther is a character. Her only goal in life seems to be pushing her sons to get laid. If their getting laid leads to falling in love, even better. She has no filter but she has a heart of gold.

While there may be a little humor in each story, they all touch on serious topics as well. All 5 brothers have a past that brought them to Esther as teens. The years before Esther were not at all flowers and sunshine. Some were worse than others. Each book will start with a short prologue that gives the reader an idea of what they went through, though more will come out in their individual stories. 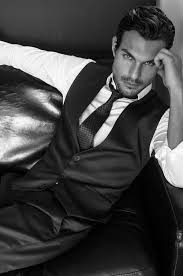 The first one is about Noah, the oldest of the 5 adopted brothers. Something life-altering from his past sets the stage for his story and that of the others. The brothers are (listed from oldest to youngest) Noah, Aiden, Matthew, and Elijah (Eli) and Ethan, who are identical twins.

These books will not be standalones.

If they’re not read in order they won’t make any sense. I’m more than halfway through writing all 5 books – I’m writing them all at the same time – so I’ve not yet decided if they’ll be published in one e-book edition or as individual stories. That will depend on the length of each one. Noah’s book (not yet finished) already has almost 52,000 words. I’m hoping to cap it at 60,000 and move on to finish Aiden’s story,  but that’s likely to change.

There will be more updates when I have them. 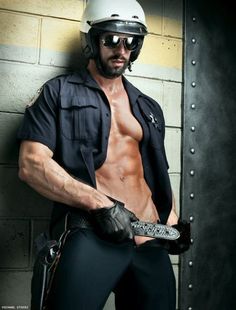 Hopefully 2021 will have me publishing at least 2 new Christmas stories that I wanted to publish in 2020. It didn’t happen for a variety of reasons, one of which being that I didn’t want to take away from the finale of the Willy series. They take place in a small Vermont town during Christmastime. The first one is about Jacob and Owen. Jacob is the police chief of the small town who meets Owen, who’s just passing through. The second one is about Jacob’s brother (a doctor) and one of Owen’s relatives.

These two books will be published together in one e-book edition. 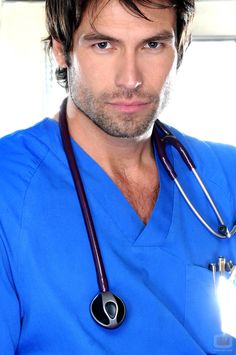 If you like kids, you should enjoy these books. Jacob’s nephew Jesse steals the show a few times. If you don’t like kids, you might want to pass on these when they’re released. Jesse’s not everywhere in Jacob and Owen’s story, but he’ll play a big part in Dustin’s because Dustin is his father.

The first story was written last year. The other one will be completed (hopefully) in the coming weeks.

As with the Hooper Lake series, I’ll post updates when they’re available.

If you know anything about me, you know I’m one of the biggest Alabama football fans in the world. I won’t go on and on about how awesome my team was this past year, but I will say this…. even with the pandemic, they killed it. I’ve never seen a team play like this one. I doubt there’s ever been one as good in the history of the program. 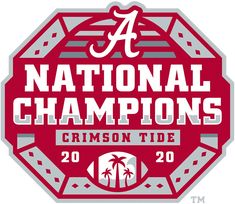 They won the championship the day before my birthday so you know I had a blast celebrating. I’m hoping the 2021 season is as good as 2020’s was. It was nice watching the haters (there are SO many Alabama haters) eat their words about us only ever playing ‘cupcake’ teams.

I don’t know where to even start with the pandemic. The amount of new cases and deaths have dropped drastically in my state (Alabama). Honestly, I don’t know how. The only place I ever see people consistently wearing masks is at a specific grocery store and I’m not talking about Wal-Mart. I and my family wear them everywhere we go. I can’t tell you how many smartass comments I’ve gotten from anti-maskers because I cared enough about THEM to wear a mask in public.

Two of my sons had COVID. Both were serious but thankfully didn’t get bad enough for hospitalization. My youngest had it in late October and early November. He still can’t taste or smell. My oldest had it in January. He’s still feeling weak.

Today someone whose family I know well will be buried after suffering in the hospital for over six weeks before his body just couldn’t take it anymore. My heart breaks for all of them.

I want to scream when I hear someone say it’s not real or not that bad. There’s no rhyme nor reason when it comes to COVID. I’ve seen people who have all kinds of underlying conditions recover without a problem. But then I’ve seen others (like the man I mentioned above) who are perfectly healthy but end up dying from it. 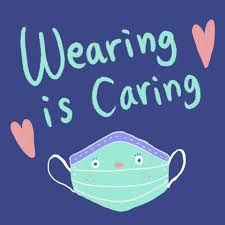 Wear a mask. Get the vaccine if you can, when you can. If you don’t believe in wearing the masks, don’t be a jerk to those who do.

And please don’t @ me with political stuff or any of the ‘it’s not real’ nonsense. I won’t respond. Everybody has an opinion and I think I made mine pretty clear.

I avoid political stuff like the plague with everyone except those closest to me. It does me no good to go back and forth with people (usually total strangers) who want to argue. I refuse to allow myself to be dragged into something that will end up upsetting me. It’s just not worth it.

COVID is not a political thing. It’s a real disease.

That’s all I’ll say about that. 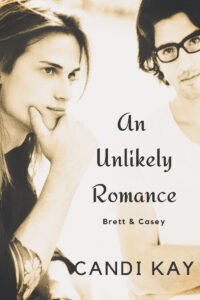 I think that about covers everything for now. For those who have asked about An Unlikely Romance: Brett & Casey, there’s something holding me back from publishing it. It’s been edited and ready to go for a couple of years but I feel like something is missing. When I figure out what it is – and fix it – I’ll hit publish on it. Note that the cover on the right is tentative. It may change slightly before it’s published.

I hope everybody is doing well. Thank you all again for making Santa and Drew’s story a success.

I hope you all have a fantastic weekend.