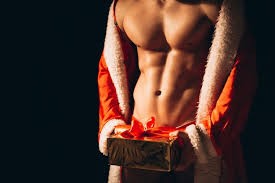 Can you guys believe 2022 is almost over? I swear it feels like the older I get, the faster the years fly by. It seems like only yesterday that we were ringing in the New Year. And now it’s a little over a week until Christmas.

For the first time in the history of well, me, I got all my Christmas shopping done early. Wrapping and shipping the ones I need to wrap and ship are another story altogether. For my best friend’s gifts almost every holiday, I always see something else I want to get her, so that causes delays. That’s the case again this year, along with me having to break up a set of something because of customs restrictions in her country. Hopefully this package will arrive in its original condition, not destroyed in transit as the one was for Christmas 2021. 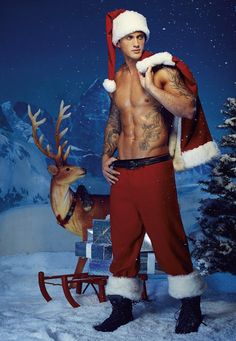 I’m still fighting USPS on that one.

For Christmas we’ll do the ‘go to my in-laws thing’ for lunch that will no doubt be delayed by my husband’s aunt who shows up late on purpose EVERY SINGLE HOLIDAY. Who cares that I have to leave and cook for my family, right? I’ll be taking a separate vehicle this year. If she’s not there early enough, I’m out of there to prepare for our Christmas evening.

My late mother didn’t believe in change when it came to Thanksgiving and Christmas. Any variation in menu, guest list, or anything else would cause her to have a meltdown, and then she’d pout like a child throughout the entire holiday. God forbid one of my sons actually invited a friend or two over for Thanksgiving or Christmas. She even got pissy if my sons’ girlfriends came. I bought all the ingredients and did all the cooking 99.9% of the time. It was almost always hosted at my house, which was stressful in itself. I, my husband, and my sons invited whoever we wanted to invite.

My mother was not the nicest person in the world.

The first Christmas after Mom’s death, my family did Mexican food, something that I never would’ve heard the end of before. I stopped cooking for extended family members who may or may not even bother to show up. It’s now my husband, my sons, their significant others, and anybody else who wants to stop by. It’s much more laid back than at my mother-in-law’s place, and I’m able to relax for a little while. Relaxing wasn’t something I could do when my mother was still alive. We tend to switch up the menu on occasion, but we always have margaritas. 🙂 It’s nice. I’ve still not finalized the menu for this year – something that’s unheard of for most southern mamas this close to Christmas – but I’m getting there. 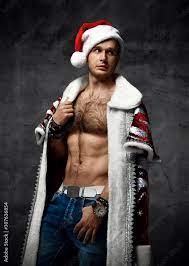 Do you guys have any special traditions? Have you created new ones as the years went by?

I miss the traditions I had with my late sisters. My middle sister had childlike excitement for Christmas up until she died. It didn’t matter how old she was, she was still as excited about Christmas morning as she had been as a little girl. But then again, this is the same person who grew up insisting on always eating her dessert first so she didn’t miss out on the good stuff because she was too full. 😉

How weird for me to not be publishing a Christmas story this year. For eight straight years I published at least one. There was the entire Willy series (7 books, plus some short freebies), Kane the Fake Elf & His Sexy Mall Santa that was published at the same time one of the Willy books was, and Christmas in Holly Pines that I published last Christmas.

It felt really strange when November 1st came around and it wasn’t a release day for me. I’m not going to lie. I missed the hell out of it. I may just have to start doing the occasional Willy freebie. I did actually start on another Christmas story a couple of years ago. It’s not in the Willy world, and it’s a friends to lovers story. I didn’t want to work too hard on it with Willy and the gang still on a lot of reading minds. Maybe I’ll dig it out and have it ready for next year. 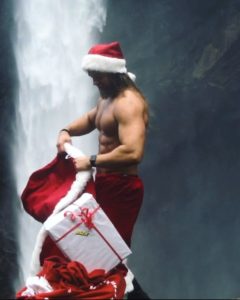 Speaking of Willy… thank you to all the readers who keep the series going strong this time every single year. The books are used in a lot of reading challenges on Goodreads, which means more to me than you’ll ever know. I never would’ve dreamed that my kinky little elf series would still be going strong 8 years later. So, thank you all again.

It’s unlikely that I’ll pop back on here before Christmas, so I’ll just go ahead and tell you guys that I hope you have a fantastic holiday! And if you’re on the naughty list, don’t sweat it. We have more fun anyway. 🙂

I’ll be back in a couple of weeks with my end of the year post, with updates on Cupid and the Purrs series.